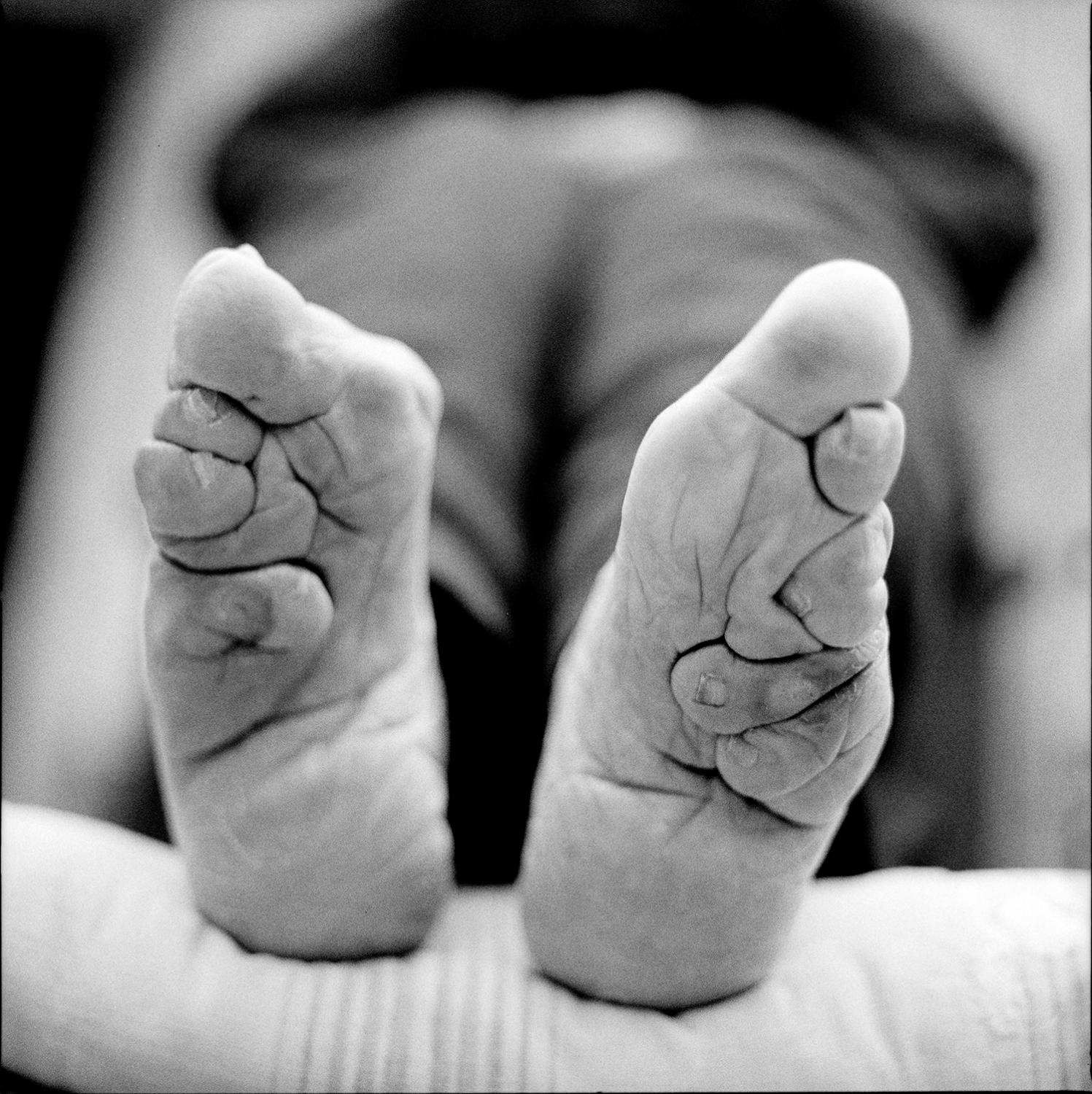 This has got to be one of the craziest things women have done for fashion.

Historically, in China it was a mark of beauty and elegance to have tiny feet.  This status symbol was achieved by tightly binding, breaking and deforming the feet to make them smaller.

Legend has it that foot binding began during the Shang dynasty (1700-1027 B.C.), ordered by an empress who had a clubfoot. Other records date the practice to a later dynasty where an emperor was captivated by a concubine, a talented dancer who bound her feet to suggest the shape of a new moon and performed a “lotus dance.” 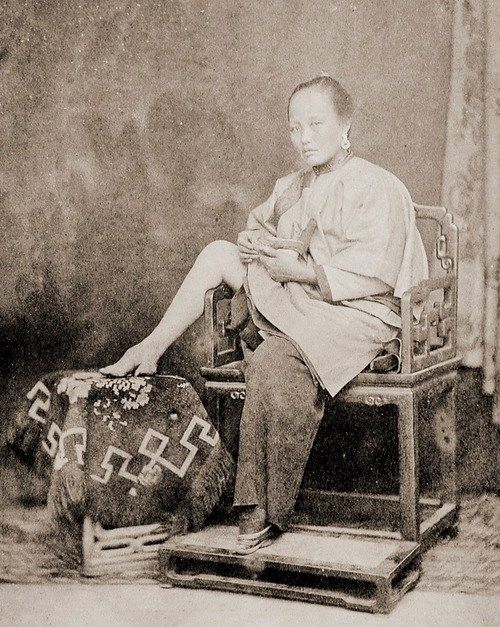 Foot binding was a painful practice and significantly limited the mobility of women, resulting in lifelong disabilities for most of its subjects.

It all started when a girl was aged around 7-10 years old. The mother or grandmother of the girl would perform the binding, usually starting in winter as the cold snow offered a little bit of pain relief. 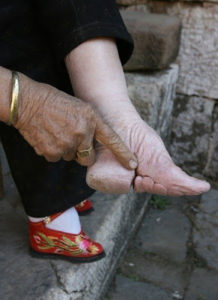 Step 1: Soaking the feet in warm water with herbs and animal blood. This helped to soften the foot to make it easier to bind.

Step 2: Curl over the last four toes to the sole of the foot

Step 3: Using binding cloth to hold the foot in this position. Binding tighter and tighter with each application.  This process lasted for several days to two months.

Step 4: Break each toe, except the big toe and curl them under the foot to create a point

Step 5: dislocated the arch, disrupt all the child’s growth plates until their feet no longer grow.

Why would a mother cripple her child like this? 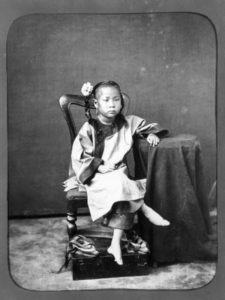 Firstly, it was a symbol of class. Only the wealthy upper class women could do this to their feet as they had servants to perform their daily tasks for them.

Secondly, for the prospect of marriage. The most refined and desirable were those with tiny feet, said to resemble a lotus flower. The aim- a 3 inch foot or a “golden lotus”.

As this was a symbol of class, peasant class families would often bind the feet of their eldest daughter in a bid to marry her off into a higher class while getting their younger daughters to work in the fields.

By the beginning of the 19th century almost all women in China had their feet bound. Although it started in the wealthy classes, it was in the countryside in the rural villages that foot binding continued right into the 1950’s when the government stepped in banning the practice.

Fast-forward to 2020, here we are still squishing our feet into tight and high heel shoes for fashion, for our legs to appear longer, to make ourselves taller (myself included!).   I wonder where fashion will be in another 100 years?