Do you have “Greek Feet”?

Posted at 21:03h in Uncategorized by master 0 Comments
6 Likes

Foot shape genealogy is based on the belief that the shape of your feet and toes can be used to make an educated guess on the origin of your ancestors.

For years my mother has searched through birth, death and marriage certificates and other legal documents to build our family, but has she been missing a vital clue?

What can the shape of your foot or the length of your toes say about you and your ancestry? Let’s have a closer look. 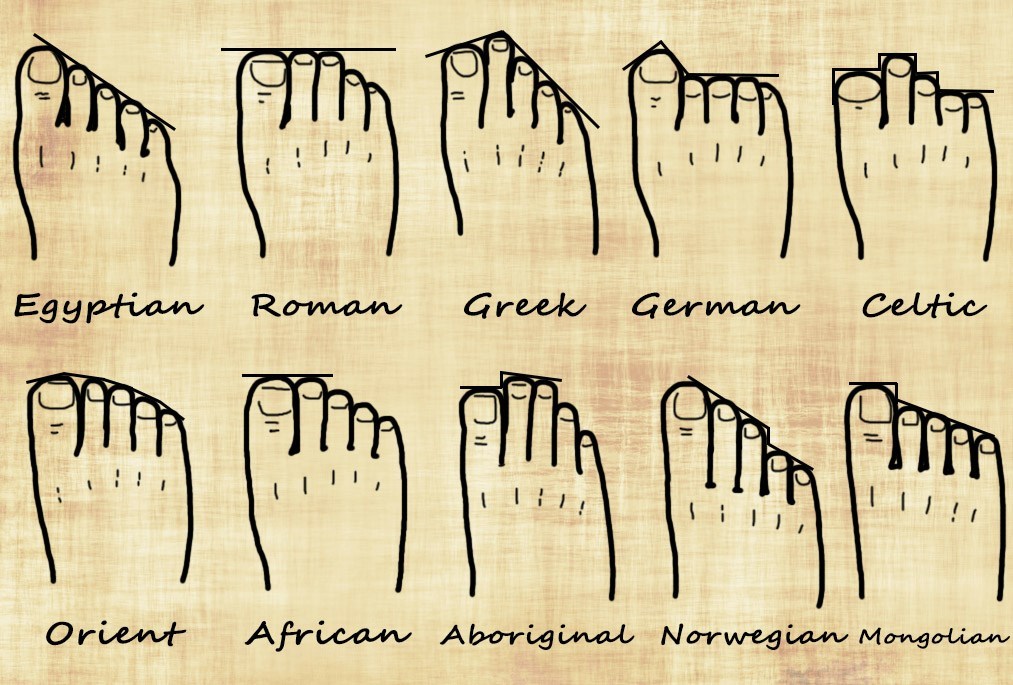 The concept came about in the 19th century and there are some believers still today.  The theory suggests there are 5-10 basic foot shapes, depending on who you are talking to.

People with this belief seem to have made some assumptions based on observation of cultural art.  For example the “Greek Foot” displays a second toe that is longer then the first.  The Venus de Milo and many other famous Grecian art works display this orthopedic characteristic.  Could this just show a desired aesthetic/standard of beauty or possibly the artist’s own feet? Could it have something to do with the Greek’s fascination in the “Golden ratio” a geometrical concept linked with harmony and balance.  This foot type is known to podiatrists as a “Morton’s Foot” and is a trait now present in 20 to 30% of the world’s population. While the Greek foot may have represented an ideal of beauty in ancient times, it is far from a divine feature. It often causes musculoskeletal issues due to inefficient propulsion through the big toe. 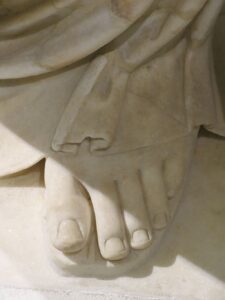 Close-up of the foot of the Venus of Arles, Louvre Museum, Paris, France © Tangopaso/WikiCommons

It’s important to note that there is no scientific evidence that foot shape genealogy/ancestry is an accurate way to trace your heritage.

A writer for Genealogy Bank points out a few flaws in the system when he noted “Human populations have migrated, fought, mixed and mingled throughout time. The idea that there was ever a monolithic population with Celtic feet is rooted in a grossly oversimplified version of how and where humanity has lived.”

In reality your right foot and your left foot are not even identical!  Although it is not accurate to find your ancestry, it is a little bit of fun to pretend for a moment and size yourself up to the above chart.

Apparently I am Mongolian or Orient Mum!!

What can your feet reveal: 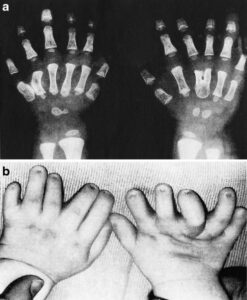 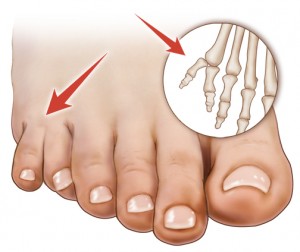 There is strong evidence to support that bunions, toe deformities, web toes (clinodactyly), extra toes (polydactyly) can be passed down the family line.

Dr. Hannan of Havard Medical School in Boston and her colleagues reviewed data from 959 men and 1,220 women in the Framingham Foot Study of 2002-2005. In this study, Dr. Hannan reported data about the most common and least common of the disorders: hallux valgus (bunions) and pes cavus (high arches).  They found Bunions were inherited in 89% of adults younger than 60 years.

The small bones and soft tissues of the hands and feet can be affected by systemic disorders too. 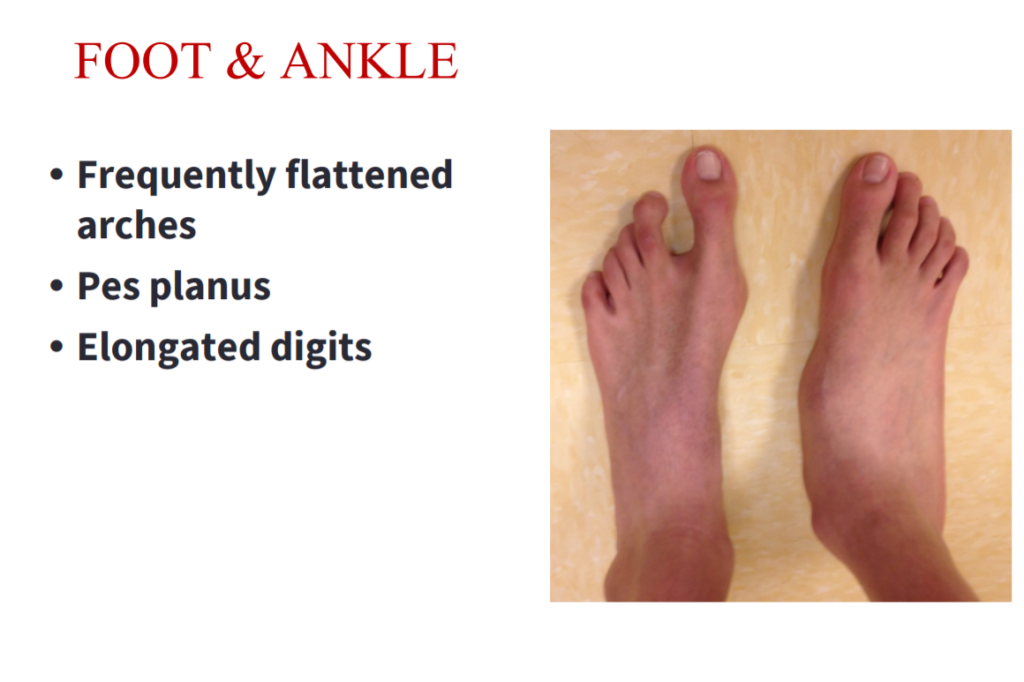 Hereditary conditions can present with common foot features an example of this is Marfan’s Syndrome above.

Sometimes the findings are quite unique and virtually diagnostic for some genetic or metabolic disorders.  For example, children born with Marfan syndrome, a genetic connective tissue disorder, are often quite tall with unusually long limbs. They usually have very thin elongated digits particularly the big toe and hypermobile joints among other distinctive features.

Just because you have blue eyes or a bunion does not mean your unborn child will have the same.  We all enter in the genetic lottery and get good and not-so-good traits from our parents. I believe it is best to make the most of your own physiology!  If you have a family history of foot pain or deformity consider getting your feet assessed as early intervention and management is generally best.