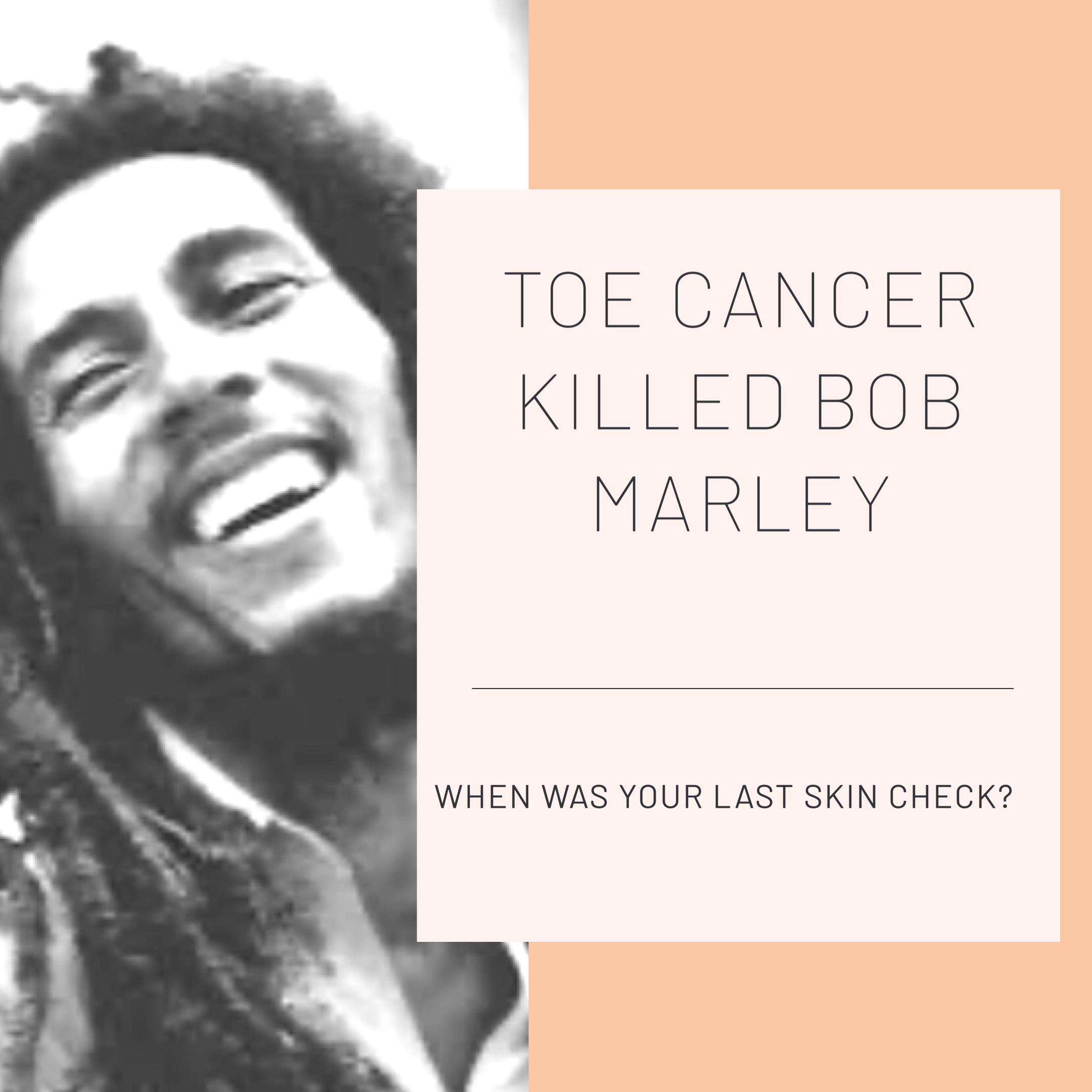 In 1981, the world lost the one and only Bob Marley to a rare type of melanoma in his toe at the age of thirty-six. Contra to popular belief, not all skin cancer’s are caused by Ultra-violet radiation from the sun. Melanoma skin cancer may appear under a finger or toenail, but it is very uncommon.

Brown to black discolouration of a finger or toenail can be caused by a number of factors. Longitudinal melanonychia describes a pigmented band and is due to melanin within the nail plate (like a freckle or a mole).  They are usually benign. The discolouration may be from a bruise or blood under the nail from a major trauma (dropping something heavy on your foot) or minor repetitive trauma (like ill-fitting footwear). Blood trapped under the nail grows out very slowly, whereas the pigment will not. It’s also good to remember that patients with darker skin types may develop multiple brown lines in multiple nails which commonly occurs naturally with ageing.

There is a quick checklist that helps us identify any “red flags” for a suspicious lesion:

A brown longitudinal band (on a single nail) which is widening, has different shades of pigment within it, or has spread onto the cuticle are signs that warrant immediate referral to a specialist.

The best thing to do if you are not sure, is to keep track of any strange markings under the nail or on the foot with your camera phone. See a Podiatrist for closer inspection and their opinion. If they want to rule out melanoma, they may refer you to a Dermatologist to have it biopsied.

Bob Marley refused treatment, citing religious reasons and the potential impact it could have on his ability to perform. Eventually, he would submit to having a portion of his toe removed, but by then it was too late. The cancer had spread to his brain and vital organs.

Skin checks are so important, don’t wait until it’s too late.